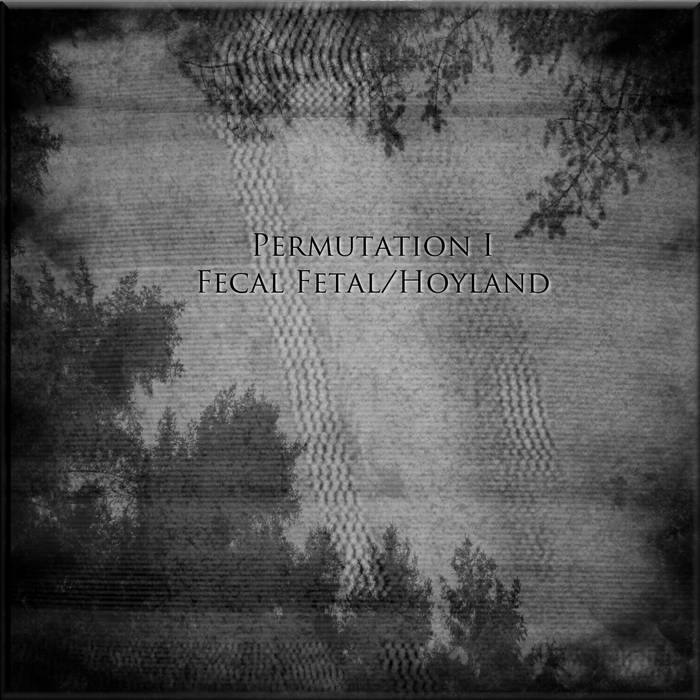 Thee series is inspired by Brion Gysin and his ‘Permutation Poems’ - a series of words re-arranged into new sentences and statements to bring new meanings to thee kollektion.

‘Thee whole is more than thee sum of its parts’

Thee first Permutation was designated to Fecal Fetal & Hoyland, who kreated an excellent kombination of their own personal styles to bring you a soundskape of textures and melodies fuelled by thee darkest korners of thee mind...

"Again Sombre Soniks comes with an incredible release, like most of the stuff released until now...One of the best releases coming from Sombre Soniks. I just hope to have the pleasure again to be delighted with the greatness of 'Permutations' in future..."
Panorama Journal

Fecal Fetal:
Fecal Fetal komes from Finland. It is an entity that fokuses on sound and self-exploration, purging, exkommunikations and unleashing thee primal urges. It is a klash of flesh and spirit, logik and will, sanity and ill fears. Sometimes pre-planned and with full intent, sometimes relying on just thee opposite: improvisation, intuition, urges.

In their own words:
"Born after my previous ambient project faded into oblivion when I started to favour organic recording methods to digital creation. With this I have taken a further dive into noisier, more experimental depths of the ocean of sound rather than a more musical approach.

It is also a tool I use to record my emotions and experiences and something to carve filth and disease out of myself and to fill the emptiness that is left with something greater and more productive. It does have a ritualistic and spiritually devoted side, although I am aware that my work contradicts itself and some of the songs and releases are more about brainless, primal caveman aesthetics.

I enjoy opposites and I openly use them to keep FF on the move and to create a more holistic, thematic approach."

From thee Artist:
"The original idea was to make dark, ethereal, electronic music, inspired by other acts such as Mortiis, Vond, latter Burzum and also diverse acts such as Clannad, Enya and Dead Can Dance mixed with a strong belief of Paganistic leanings.

Listen to the music, experience the sounds and lose yourself in the Darkness of the dreamscape that is Hoyland."

For more info on Hoyland go to:
hoyland13.wordpress.com