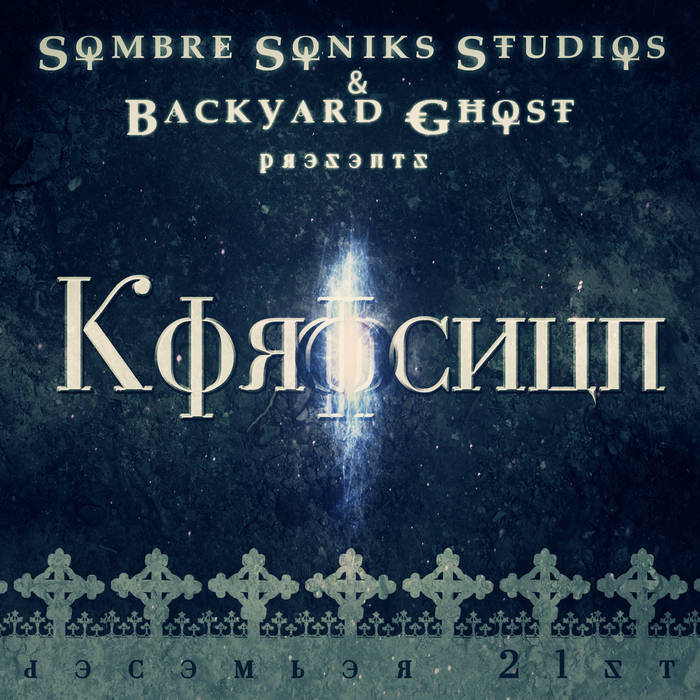 Musik-Monster This compilation is one of the best to come out of Sombre Soniks, and is probably the best overall dark ambient compilation from 2012. Whoever selected these tracks a) knows their stuff, and b) had some great material to choose from.

"One of the best compilations of the year 2012, not one single song is a blackout, enjoy the finest artists from the dark ambient genre. 89/100" - Quartier23

Backyard Ghost, in kollaboration with Sombre Soniks, present a new kompilation based upon Korochun, thee pagan Slavic Dark Holiday... Thee day when thee Black God and other spirits associated with dekay and darkness were most potent...

"The first recorded usage of the term was in 1143, when the author of the Novgorod First Chronicle referred to the winter solstice as "Korochun".

Modern scholars tend to associate this holiday with the ancestor worship. On this day Western Slavs lit fires at cemeteries to keep their loved ones warm, and organized feasts to honour the dead and keep them fed. They also lit wooden logs at local crossroads. In some Slavic languages, the word came to denote unexpected death of a young person and the evil spirit that shortens life."
en.wikipedia.org/wiki/Korochun