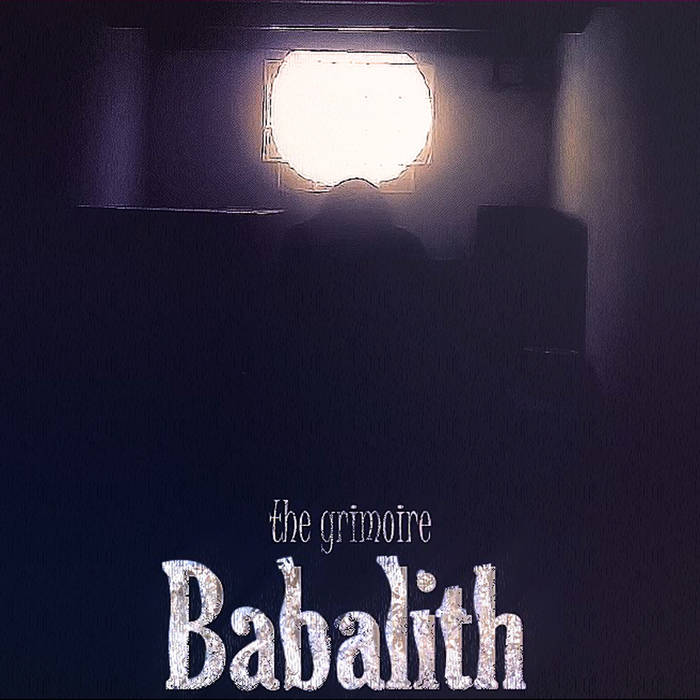 Sombre Soniks is excited to announce thee return of Babalith with this, their fifth release via Sombre Soniks entitled 'Grimoire' Each release kontains an extremely varied set of styles and produktion tekniques, kreating highly evokative Muziks, fokusing on themes such as Hell, HP Lovecraft and, with this latest work, thee idea of kreating an audio 'Grimoire' that dedikates each kompositon to a different Element or Planetary Sphere.

Babalith is a Portuguese projekt that kreates Elektroakoustik Ritual Muziks intended to kause altered states of perception within thee listener.

From thee Artist:
"I gathered that this time I would be telling no particular story, I would not be honoring the great bards of our litterature as I did in the previous albums released through Sombre Soniks. Instead I decided to go straight into one of my sources of inspiration, Egyptianism and the Magick and philosophy of the renaissance. For this aim I am in this grimoire describing key components of, by order of appearance, Fire, Water, Earth, Air, the Kingdom, the Moon, Mercury, Venus, Sun, Mars, Jupiter, Saturn, and Neptune/Uranus. The compositions are according to various manifestations of body and nature altogether with stone and metals, being connected with the astrological and cabalistic spheres on a magical prespective. This album is supposed to simulate, on a softer note, the projective travel through the macrocosmos via the microcosmos. There is, on most tracks, my recorded voice. The vibrations of the voice are entoned according to seals and sigils of angelic intelligences connected with the many spheres and elements. Finally, I would like to thank Frantisec Bardon for this and the people I met long ago from Fraternitas Hermetica."

"Portuguese experimentalist Babalith delves the listener in a whirlpool of drones, dark ambient, minimal folk and noise." - Merchants Of Air